I assume we probably do not have to introduce who Davido is, we will not waste time on retelling his biography for. The DMW  boss was born on November 21, 1992, he is a famous Nigerian musician. His worldwide fame attracted a lot of women. However, we are not interested in telling you how many girls he has dated or impregnated, we will only tell you about the most famous two that get their own shot at stardom by giving birth to Davido’s children. 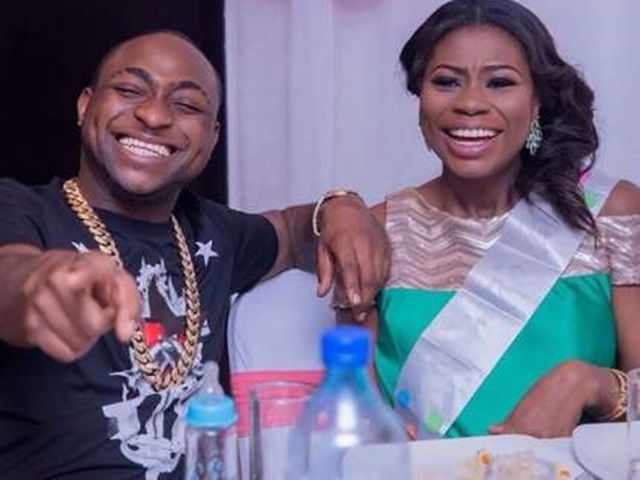 Back to 2015, the feud between Sophie Momodu and Davido was all over gossip sites in Nigeria. There is probably no one who has not heard every little detail of each of the feud. However, we will still recall how everything actually happened for those who are new to the Davido baby mama scene. The duo met in 2013, at first, their romance was rocky but the two split in 2014. Davido later claimed that it could have never worked out. He said that Sophie took advantage of him, as he was only 21 when they met, while she was 26.

MOST READ:  4 major problems of upcoming artiste in Nigeria

Davido turned out to be old enough to get Sophie pregnant. In May, 2015, she gave birth to Davido’s first daughter, Aurora Imade Adeleke. Davido denied he’s not the father of the child but DNA test proved him wrong, he accused Sophie of being a terrible mother and illegally took the child to another country. For almost a year, Sophie tried to get her daughter back and to disprove the allegations that she had been smoking pot while breastfeeding not until she involved her uncle Dele Momodu, the CEO of Ovation, was she able to get her child back.

Today, it might seem like all that has never happened. Only three years ago, Davido slandered Sophie’s name all over his social media. Now, the duo are best friends. Imade is living with her mother, but her father visits her often, when he is off tour.

While Davido was on business in the States, he met Amanda, or better-still, Mandy. Little is known about their romance in general. All we know is the lady in question is 24, she is a student at Georgia State University and lives in Atlanta. The first news about the lady appeared in March, 2017, when she blew up the Nigerian Internet with the pictures of her pregnant belly. The same month, Davido admitted Mandy is carrying his child in his interview with Beat FM. The couple held a baby shower for their future child in May. Some few days later, May 9th, 2017, to be precise, Mandy gave birth to Hailey Veronica Adeleke. This time, Davido was happy to admit his fatherhood, and he was even present during the birth.

MOST READ:  Kizz Daniel’s “Madu” VS “One Ticket” Ft Davido, Which Is A Bigger Hit?

The two seem to get along much better than Davido and and his first baby mama, but Afro pop act does not plan to settle down with Mandy.

All in all, we hope Davido settles down with someone in the nearest future.