Afropop singer Yemi Alade is one of Nigeria’s top music exports. At 29, she’s getting booked as a headliner at some of Africa’s biggest concerts and festivals, including Bassline Fest in Johannesburg on 26 May.

Since the release of her hit song ‘Johnny’ in 2014, the jovial singer has also held shows across the US and Europe.

Bubbling in a country known for being the No 1 music industry in Africa, Alade is a force that few of her colleagues can compete with. The ‘Bum Bum’ singer doesn’t only have one of Africa’s most powerful voices but her stage presence has earned her respect and a large following, with thousands of fans attending her concerts wherever she goes.

The stylish singer has gripped the continent with her videos, most of which get millions of plays online, and thousands of comments from her diehard fans. Alade is also known for collaborating with artists from Zimbabwe, Ghana, Cameroon and Kenya, to name a few. She says her music partly depicts her true life experiences.

One would thing that Alade gives full credit to herself. But the well-spoken singer doesn’t fail to acknowledge the good fortunes she’s been blessed with.

In an interview with musicinafricanet, ahead of her performance at the Bassline Fest. Yemi Alade spoke about love, art, piracy in Nigeria and how she handles criticism.

MUSIC IN AFRICA: You were born in 1989 and you’re very well at the moment. What’s the secret to your success?

YEMI ALADE: It’s God! You know, at times I don’t understand when I see the things that I and my team have achieved over time and the kind of response receive from the platforms that we have been blessed to grace. When I try to add them up, it doesn’t make sense, it can only be God.

The music industry is often challenging for female artists who find it hard to break the ceiling. How did you end up where you are today?

I think it’s important for any female in any industry to be virtuous. First of all, if you value yourself, people will value you. A lot of advances would come. Let me be personal about a lot of advances that came my way. In as much as it sounded like a shortcut, they would take away virtue from me if I participated. At some point in my life I realised there was no need trying to understand why it seems females always get double standards. It became important for me to be like the guys who compete with the top dogs and not think about gender and the disadvantages that come with being a female artist. That has been the driving force ever since then.

MOST READ:  Music as an effective tool in dealing with economic situation

What would you change if you were appointed as minister of the arts in your country? 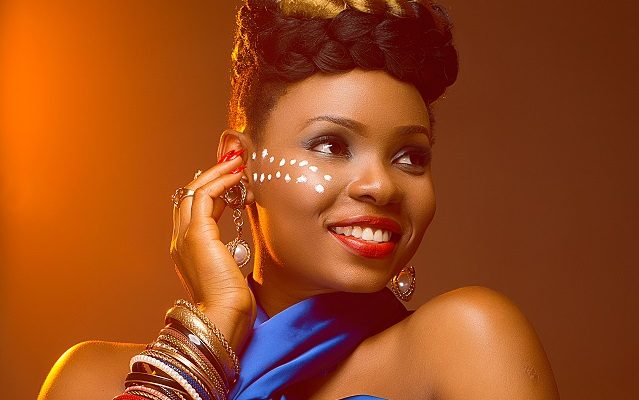 Arts minister?! I think one of the biggest things digging into the pockets of artists and people who contribute to the entertainment industry is the fact that we don’t exactly get what is ours in terms of royalties and other sources of income. The only cash inflow we get in Nigeria is through stage performances and a few endorsements. So I would definitely want to work on royalties because that is something that can feed and take care of artists for their entire life; even after an artist is gone, the kids will be taken care of. That would be fair for them!

Piracy has been like a cankerworm eating into our society for too long. For so long that it has almost become like a norm, you know? Like it’s almost okay but it’s not okay because it’s daylight robbery. I pray that at some point we will begin to understand the importance of not pirating someone else’s work because there are people who are blessed with only one idea for their entire life and if that’s the only chance they have to make life better for themselves and for the people around them, I think the best we can do as brothers and sisters is to support them and not pirate their music. So piracy has to go.

What’s the relationship between your hairstyle and your music videos?

Huh! I would say that the one thing that is constant between my hairstyle and music is Yemi Alade [laughs]. And then obviously the African aspect because my hair is natural. It still has the natural curls and toughness that Africans experience and most times all my hair styles are in that light. There are mostly protective hairstyles that a regular day-to-day lady can copy if they want to. That is, if they don’t mind looking exaggerated [laughs].

‘Johnny’ is without doubt the epitome of your success in the industry? Was that video based on your personal experience?

One-hundred percent. ‘Johnny’ is a song from my personal experience. We all have such experiences in our lives. It was more than real.

Most of your videos are centred around love. Is love the main theme in your music?

Yes! Love is one thing everyone in the world can relate to and you find that most timeless songs are around the topic of love. Love encourages us to look into the future. Loving yourself first is very important for existence.

This is going to be your first performance in South Africa. What are your expectations of Bassline Fest?

It’s such a huge honour for me to be here to celebrate Africa Day, especially when it is in honour of the great Madiba. I never got to see him but this is as close as I’ll get and it definitely warms up my heart. It also makes sense that this will be my first performance here. It feels really grand and great. I must say, in terms of expectations, I feel like I’m performing at home because I’m here a lot. Africa is one big place, we are all the same so I feel like I came to the south side of my own side.

Any collaborations at Bassline Fest?

There will be collaborations but I can’t tell you. It’s a surprise [laughs].

You collaborated with Charlotte Dipanda from Cameroon. How did this collaboration materialise?

Charlotte’s manager is friends with my manager, so they began the talks about this collabo. So at some point in time they introduced us and we became friends. Now we’re like sisters. We then recorded the song ‘Sista’ and the rest is history.

Most modern artists struggle to deliver a good live performance and often face criticism from fans and the media. How do you take criticism if any?

There will always be criticism but I know that I put my all to make sure my live performances are the best I can offer. I put in lots of hours for rehearsals for dancing, music and a lot of time to check the set and make sure that every time I perform the set is different. So at this point, the person who will be criticising me is myself – I am my biggest critic. And any other critic, if the person is not my team, I might not listen to because there are not in my shoes and they might not understand the standard that we try to offer.

So when it comes to poor performances, I think I’m blessed to have hardly ever gotten that kind of reaction. I recently won the Best Performer Award at the Headies Awards while I was on tour in Europe recently.

Nelson Mandela would have been celebrating 100 years if he was still alive. What’s the significance of Nelson Mandela’s legacy on Africa Day?

Wow! You can’t go through the pages of history without mentioning Nelson Mandela, you cannot! He lived his life putting the interests of people before his. So we are not celebrating Nelson Mandela in death but in life.