Taking it back to the days of Wizkid’s and Olamide’s ‘Omo to shan’ song, the transcendent days when the duo were still striving hard to make a name in the music industry. It was evident they both put their very best in the hit song and as you would expect, it went viral and raided the airwaves. Olamide’s last release before “Kana” was ‘Owo Shayo’ and the song was unarguably a jam for the streets likewise Wizkid’s Soco, not an awful song and everybody ended up dancing to it. 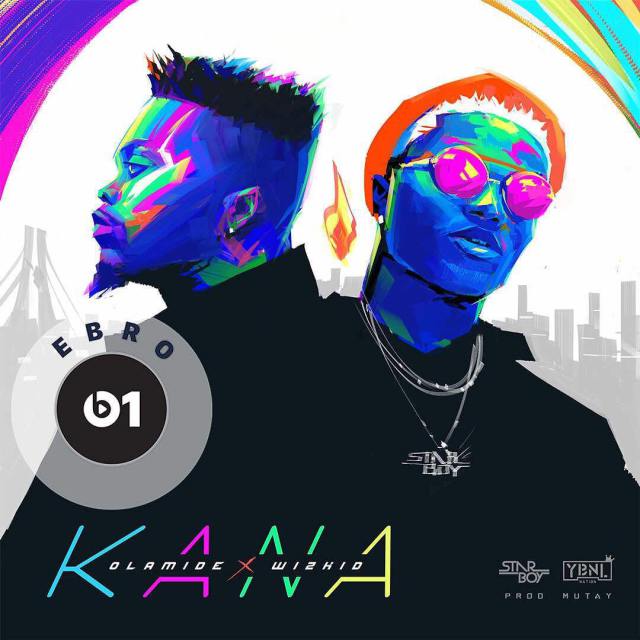 The song ‘Kana’ isn’t that bad, but as far as it’s coming from two of Nigerian biggest act who are known to be dropping load of hits, why is their collaboration sounding like it’s from an upcoming artist. There are some types of songs that may sound somewhat dry when you first listen to it, it tends to grow on you (eg. Davido’s Assurance), sadly enough, Kana isn’t one of those songs.

The vast majority who listen to it experienced considerable difficulties listening to it till the end and their facial expressions weren’t on the grinning or smiling side either.

Did any other person noticed how the duo utilized autotune to kill their voices? If some of us were told to guess the artists on the track we wouldn’t have speculated that Wizkid is on it and the only way we would probably know the autotuned voice was Olamide’s own is because he has a way for singing that is familiar to us, well maybe the fault is on the producer. Besides, the song feels somewhat hurried, feels like they both had places to be after the studio session and they quickly did something to fulfil all righteousness.