Last year November, Danny Young alledgely accuse Tiwa Savage of stealing part of his song “Oju Ti Ti Won” and sampled it in her single One which was released towards the end of 2018.

The accusation became controversial as music lovers on social media dragged Danny Young for claiming that the lyrics “Ododun la ro rorogbo, ododun la ra osa, odd dun la ro awusa” were his even though the words are from a common Yoruba proverb.

Danny Young insisted the lyrics were his since he added a few more words and rhythm to the adage, and that he was ready to file a copyright case against Tiwa Savage.

Few days ago, it was discovered that the song had been removed from Tiwa Savage’s YouTube page.

The message displayed read thus: “Tiwa Savage One is no longer available due to a copyright claim by a third party”, leading fans to believe Danny Young had made good his threat.

MOST READ:  Who would you pick to represent Nigeria at 'Hip Hop Music Festival,' YCEE or Dremo??? 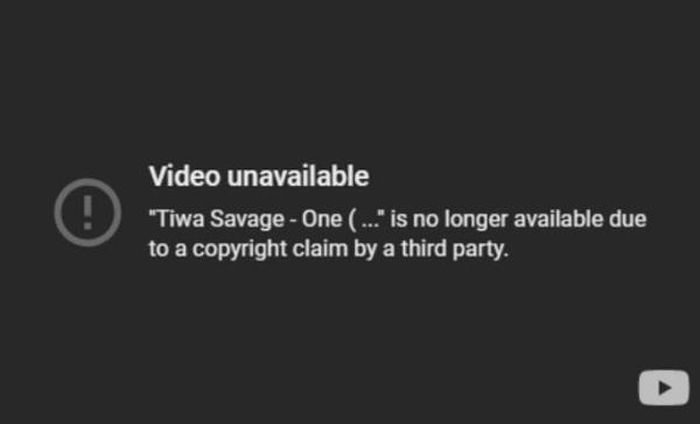 Do you think Danny Young went really too far?