According to a study revealed by researchers in 2017, Dogs appear to prefer reggae and soft rock over other genres of music. The Scottish SPCA and the University of Glasgow published a paper in 2016 suggests how music affects dogs’ behaviour.

Researchers played a variety of music to dogs at a rehoming centre in Dumbarton and assessed physiological and behavioural changes. 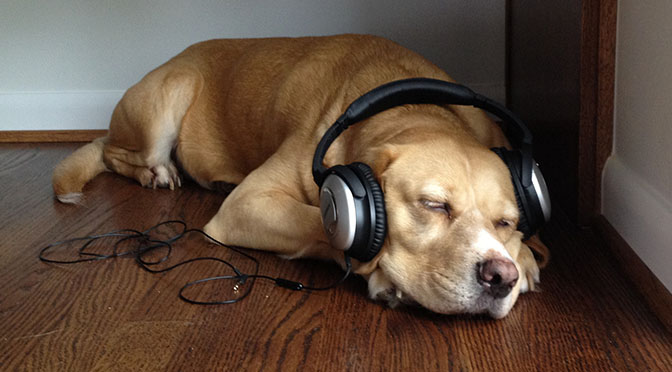 According to Prof Neil Evans, he disclosed that the most positive behaviour changes were seen when the dogs were played reggae and soft rock. Although, these genres stood out, he said the study suggested each dog had its own preffered option. In the study, dogs listened to five different genres of music, starting from soft rock, Motown, pop, reggae and classical. The researchers observed the dogs’ stress levels by monitoring how much they moved around, their heart rate, and other physiological changes. No matter the genre, dogs spent significantly more time lying and less time standing when music was on. However, reggae music and soft rock showed the highest positive changes in behavior.

Prof Evans said: “Overall, the response to different genres was mixed highlighting the possibility that like humans, our canine friends have their own individual music preferences.”