It’s not a news anylonger that Davido threw a pre-birthday party for his girlfriend with 4 DJs and 2 hypemen, and even bought her a Porsche and released a song/video titled “Assurance.” 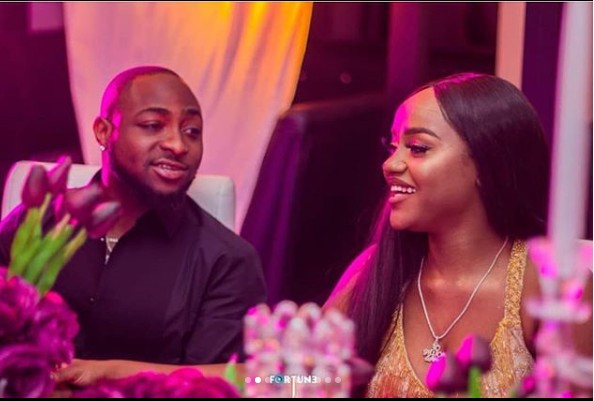 Davido influenced us to comprehend that the song was for his sweetheart and that he plans to spend whatever is left of his existence with her. How sweet to see the father of two show love in such a manner.

Anyways, some say it is a publicity stunt, possibly to promote ASSURANCE, or only a way to stay in the news.

Well, regardless of whether it is a public stunt or not, Davido is in love for all we know, let him be, he is human and is capable of loving and he can demonstrate it in at any rate way he sees fit. Afterall, we as a whole express our feelings in various ways.

Presently, for every one of you detesting on Chioma and parting ways with your boyfriend since you need ‘Assurance,’ here are some words for you.

There is just a single Davido and he has been taken so don’t slaughter yourselves or give guiltless guys (attempting everything they can to make life comfortable for you) a heart attack. Your boyfriend isn’t poor, he gives you as much as he can, even now, you need a car or some expensive gift all for the sake of “Assurance”. Proceed, maybe you should just wait for the following Davido in another generation.

Also, for Chioma, let her be. She might be a rich child with an affluent sweetheart, or even a poor young lady with a wealthy boyfriend, what difference does it make? She was chosen by Davido, the only existing Davido. So all the best you can do is experience your lives and leave her to enjoy her relationship.

Regardless of whether she needs to cook for the full family or wipe his face with her tongue, it is not your issue to worry about.

MOST READ:  5 reasons you are still failing as an artist

So, be it is a publicity stunt or a genuine relationship, good for them. Try not to kill yourselves searching for ‘Assurance’.