Adekunle Gold spoke on the rumour linking him to a relationship with the then Adesua Etomi, now Mrs Adesua Wellington in a recent interview with Saturday Beats.

The singer was asked by Adesua some months ago, to get 50k retweets before she would date him and while he was in the process, she announced her engagement to Banky W. 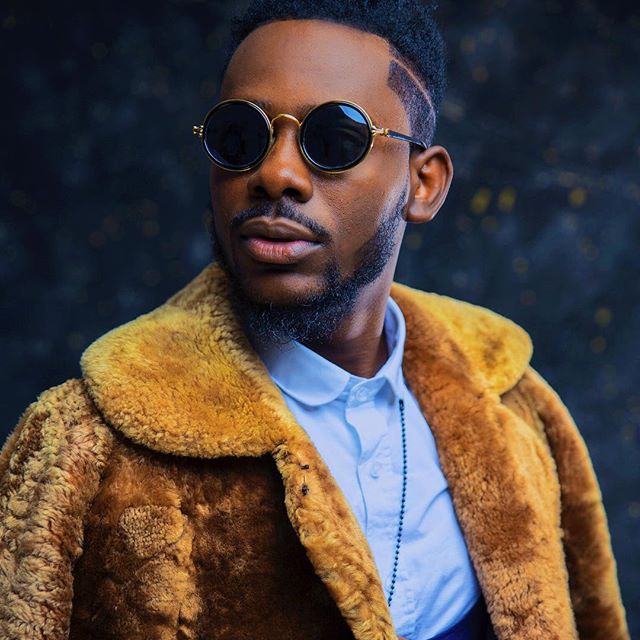 Saturday Beats had a chat with the singer and he spoke on the rumour, claiming it was a joke and his tweet chat with Adesua shouldn’t have been taken seriously.

He said; “People do not know if Adesua is just my friend. They wouldn’t know if my tweet was just banter or if it was real. I guess a lot of people thought it was real and I was asking Adesua out online. Why would I do that? We were just joking and she is my friend.

I even tweeted when she got engaged that I’d not even got the 50, 000 retweets she asked for and she was already engaged. It was just banter but I guess people see what they want to see. Adesua and I never dated; we were/are just friends.

If we had dated, I would have definitely worked towards marrying her. I mean, who would not want to marry Adesua! That is ‘if’ we had dated but that was never the case.”

The singer, who is about 30 years old, said that he was already thinking about marriage but he was not under pressure to get married.

However, Adekunle claimed he was in a relationship but did not reveal if it was with Simi, even though it’s being alleged he is romantically involved with the singer.

“I am also thinking of marriage because I am a family man. Already, I have a girlfriend but I would not tell you if she is in this industry. I don’t have to tell you if I am dating Simi or not. I cannot reveal my girlfriend’s identity because it could be that she does not want to be known. It could be that I want that aspect of my life to be a secret. People know and love me because of my music.

I cannot be married for 10 years and people would not eventually find out. When the time is right, everyone would know who my love interest is. Let’s assume that I am dating Simi, what if it does not work out? I’d love to keep that part of my life secret.”

Talking about his show, ‘One Night Stand with Adekunle Gold’, the singer hinted that girls would likely go haywire especially when he serenades them with his love songs.

“I tagged my show, One Night Stand with Adekunle Gold and the 79th Element. I know that when a person hears ‘ one night stand’, the next thing that comes to mind is intimacy. The truth is that there would be so many girls at my show. I would be playing love songs that would put people in the mood and don’t be surprised when the ladies start removing their bras,” the singer said.