Not only do we love our celebrities but we also love to know about their private life even though they would prefer keeping it private. Amongst one of the things we always want to know is their relationship status. Is it true that they are single? It is safe to say that they are seeing somebody, if yes who?

It’s even much more fun when fellow artistes date themselves and we want to know. So yeah, here are some of our Nigerian music stars who are an item, yes those dating themselves, and mostly on a low. 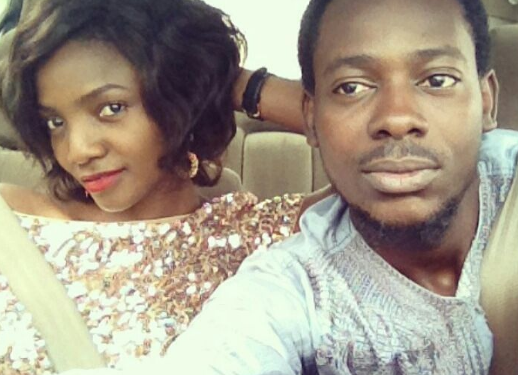 The love life of these two of Nigeria biggest alternative/urban act has been under intense scrutiny for sometimes now as the duo have always been dodging any questions inquiring about their relationship status, who they’re dating and the rest. In the past,Simi has been linked to Falz and Adekunle Gold. The latter is most likely true that Simi and Adekunle Gold are truly dating even though they hate to go public about their well guarded relationship. However, often times the two singers have subtly given clues that they are an item. In his debut album AG only featured on artiste on the entire album and that was Simi. Simi also has been mixing AG’s albums without flinching a muscle. Adekunle Gold recently admitted that all songs on his ‘About 30’ album were all validated by Simi before publishing. Things you would do for love! ❤

MOST READ:  What has been 2baba’s greatest mistake in his over 20 years of artistry???

Well well well! These two music stars have been dating for about two years now and the ship is still seems not to sink in the nearest future. After getting tired of hiding his romance with Lola Rae, Tekno had to bring it to public notice. He has shared cossy pictures with Lola a few times on instagram. Things have even gotten much more serious with them as they now have a child between them, a bouncing baby girl. Baby Skye just arrived only a few days ago. A few jibes were thrown at Lola Rae for shelving her music career to become a baby mama. I guess that’s what you do for love. ❤

No one saw this coming, but it is what it is. Kizz Daniel and Chidinma Ekile are an item. These two started dating late 2017 and things blossomed a bit between them in 2018. Besides exiting G-Worldwide and founding Fly Boi Inc., the next best thing Kizz Daniel has done for himself is finding someone to show some good good loving and cupid’s bow struck at Chidinma’s door. Chidinma seems to always play down her relationship with boy Kizz, however, the later has been more forward about it. He has featured his love interest in his Instastory several times and most importantly cleared the air on Harrysong’s track ‘Selense’, where he said ‘wetin happen if I likey Chidinma?’. If that isn’t a confirmation I don’t know what it is.

The thing between Starboy Wizkid and number one African bad girl Tiwa Savage is one that has been on the lips of every industry observer. This thing between these two highly influential music star may have started with Tiwa Savage’s collaborations with Wizkid. First it was ‘Bad’ but ‘Ma Lo’ was an even bigger blockbuster and more show of sensual chemistry. Things probably heated up and both stars decided to explore the odds. Wizkid and Tiwa Savage have been performing ‘Ma Lo’ which makes more sense as ‘my love’ back to back on different stages and the chemistry had us talking. Well, they have kissed and acted lovey dovey on stage and on the gram. Tiwa Savage called Wizkid ‘Bestie’ but we know it’s more than that. Afro Republik music festival London was epic when Wizzy told a much older Tiwa Savage look sexy for Daddy. Arrrgggghh let’s rest it here.

MOST READ:  Rema, Barry Jhay, And Fireboy!!! Who Is Underrated, Worth The Hype, And Overrated ? Rapper Vector and songstress Seyi Shay would make a good couple if they find the heart to explore things between them. It’s seems like it’s meant to be and both music stars should not fight it any longer. A few years back Vector planted a super kiss on Seyi Shay on stage after performing together with her. Yet again the two music stars were casted for a soon to be released movie ‘Lara and the Beat’ and the chemistry between them is so enviable. Vector confessed to being sexually aroused while working with Seyi Shay on set of the movie. Who knows these music stars may take things forward from beyond the movie.