2baba has been unveiled as the latest GLO brand ambassador at an event in Port Harcourt. He has now joined the likes of Timaya, Olamide, Mercy Johnson, Juliet Ibrahim, amongst others who already found a home in the giant telecommunication brand. 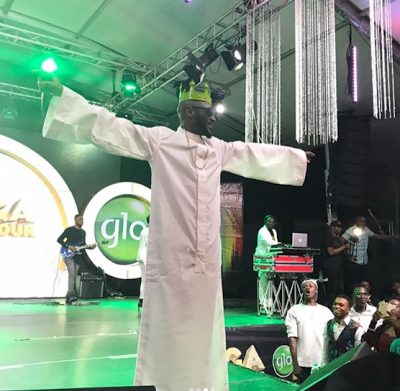 2baba was unveiled as an Airtel brand ambassador back in 2015, a contract which ended a few weeks back, with 2face refusing to renew the deal as he cited personal reasons.

MOST READ:  Mr Eazi, Wale Turner Amongst Other Lands A Spot On MTV Base 2017